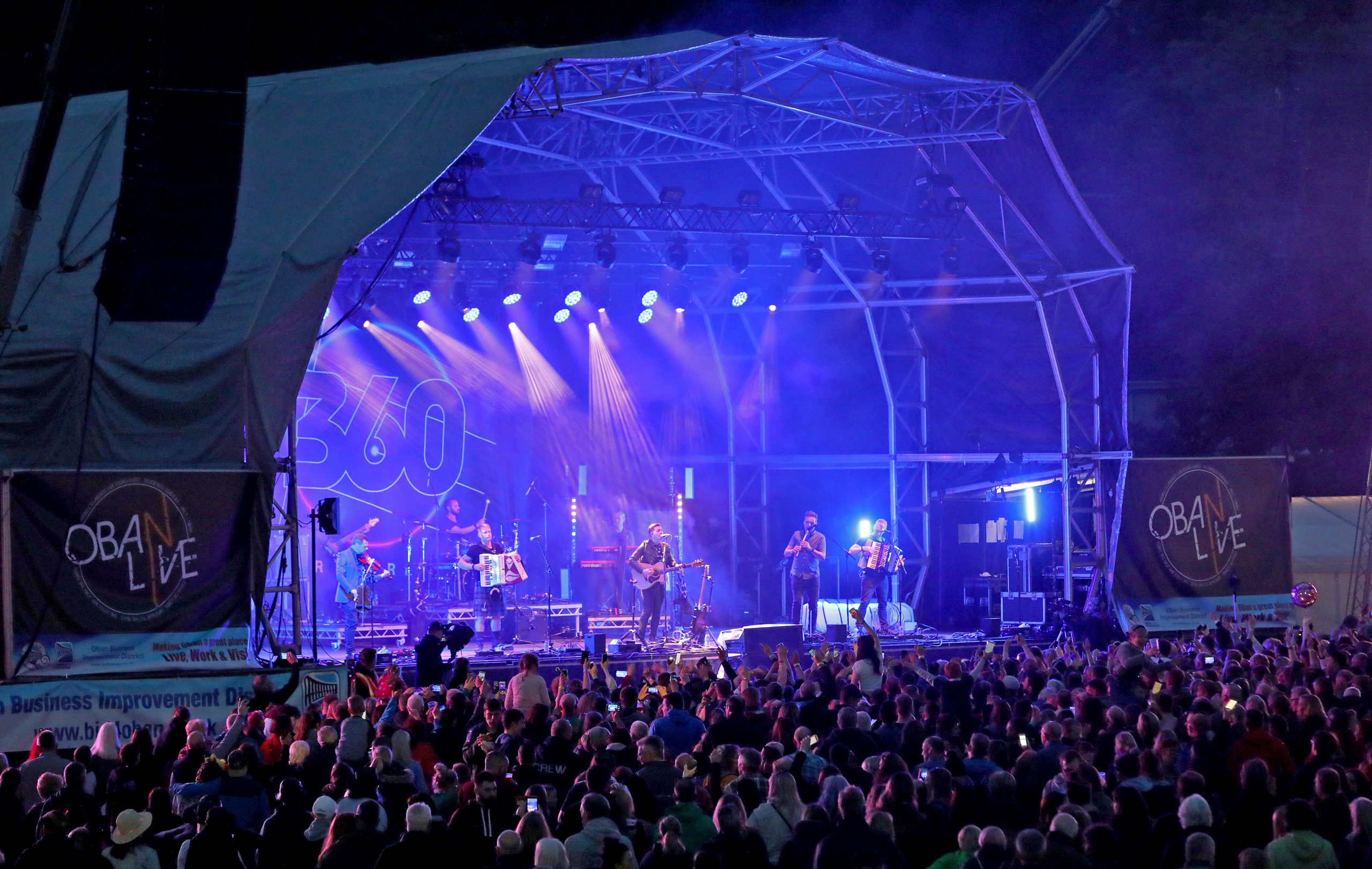 Posted at 09:30h in MUSIC, TOUR by SKERRYVORE

We are today confirming that Oban Live will be taking a break in 2020 after four amazing years off the back of our 10th anniversary concert ‘Decade’ in 2015. This decision was not taken easily but sadly was one that was ultimately inevitable due to the lack of development and improvement of Mossfield Stadium and the annual issues that remain with regards to making the site acceptable for a major event like Oban Live. We can no longer keep absorbing the huge costs and risks associated with hosting this event while the facilities deteriorate and costs increase. We had set a deadline of 31st May to Argyll & Bute Council for a clear update on two key questions regarding Mossfield and event funding – once again we have not received a reply and without that information we simply cannot make plans for Oban Live 2020.

In the past four years, we have proved that Oban is an amazing host town for a major event. We have seen visitors travel from all over the world to be part of Oban Live and the fantastic atmosphere in the town. Over 25,000 people have passed through the gates of Mossfield and helped generate an economic impact of over £6million to the town and region. Our ticket sales have consistently remained high year after year, including a complete sell out in 2015 and 2019, reflecting the repeat demand for a high quality, well produced annual concert in Oban.

In these past four years, both members of the band and the event team have attended numerous meetings with Argyll & Bute Council, sanctioned independent reports and provided stats, figures and suggestions with regard to the development of Mossfield. Despite this, making Mossfield event ready for Oban Live 2019 was more problematic than it was for the first concert in 2015 as no improvements had been made and accessibility had become worse. With no confirmation from the council with regards to development or funding going forward then we have no option but to place Oban Live on hold.

The £15,000 funding we received from Argyll & Bute Council’s Strategic Events & Festivals Fund for Oban Live 2019 is gratefully received and enabled the event to go ahead for 2019. However, this sum represents less than 5% of the cost of running Oban Live. In the past four years we have paid Argyll & Bute Council £35,808 for the hire of Mossfield and various council services. In total, we have spent over £1.5million to deliver Oban Live with the hope that we could work towards a sustainable event held at a vastly improved Mossfield that would have its rightful place as a key asset to the Oban Community for various organisations, groups and events.

We would like to place on record our sincere thanks to our Oban Live team, our sponsors, partners and volunteers who have helped us deliver Argyll’s largest music concert in the past four years. An extra special thanks has to go to BID4Oban who have been our key partner every year and enabled the event to deliver significant economic benefits to the Oban business community on a non-holiday weekend.

Our final thanks is to the community of Oban. Back in 2005, when we started Skerryvore, we had a dream to host a ‘stadium gig’ and for the past four years you have made those dreams come true and have been the best hosts for all our followers that have travelled to Oban to be part of what has been the best moments of our career. We sincerely hope that we’ll be back in Oban and Mossfield again in the future when the time is right.

However, the show must go on. 2020 marks the 15th anniversary of Skerryvore and we are already planning something special in Scotland so please mark 6th June 2020 in your diaries and we look forward to sharing the next exciting chapter with you all soon.